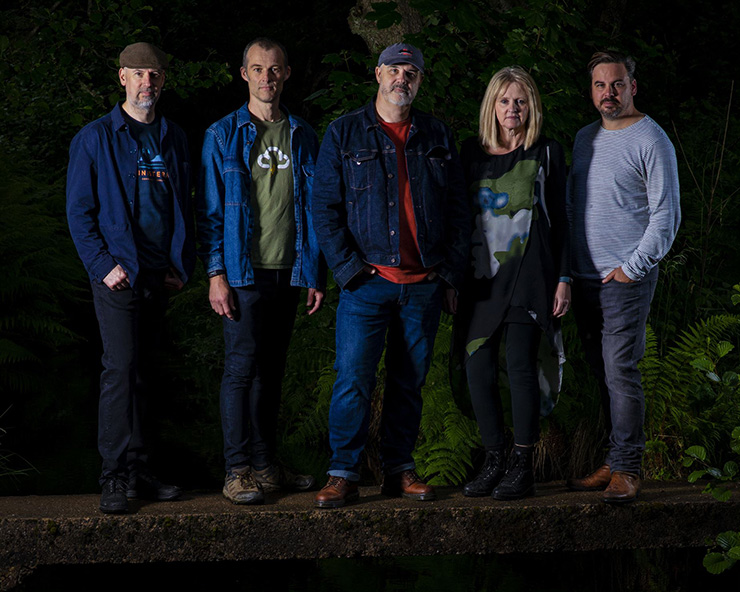 Ten Fields play melodic, heartfelt music with a sound inspired by classic songwriters and bands, with comparisons to Crowded House, Fleetwood Mac, Jackson Browne plus more contemporary acts like the War on Drugs.

All experienced musicians, members of the band have had music featured in independent films and tv, have been played on national (BBC Radio 2 and 6) and local radio, have opened for acts including Chris Difford and Glen Tilbrook (Squeeze), ABC, Abigail Washburn and Simon Felice, and have performed at festivals and venues around the UK and in Europe.

The current line-up came together in 2016 initially to help perform songs from the first album Winter Sun Summer Rain, then started to work together on the material that makes up the new album Change in the Light. Ten Fields are known for their rich vocal harmonies and poetic, sophisticated songwriting, set over dynamic, layered musical arrangements.

The band are based near Leeds, UK and released their second album on January 29th 2022. The band have recently completed a session at Rockfield Studio, Wales and will be releasing an E.P in the coming months

Support comes from Oliver Pinder. Hailing from Bradford, Oliver Pinder is known for his sad boy indie pop songs. He first gained attention with the song Dear in 2015 at 14 years old. This was included on his debut EP Island Rain which was released independently on all streaming platforms, alongside a limited run of vinyl. He continued to tour the UK supporting the likes of; JP Cooper, Benjamin Francis Leftwich, Embrace, Billie Marten, Marika Hackman, Isaac Gracie and more.