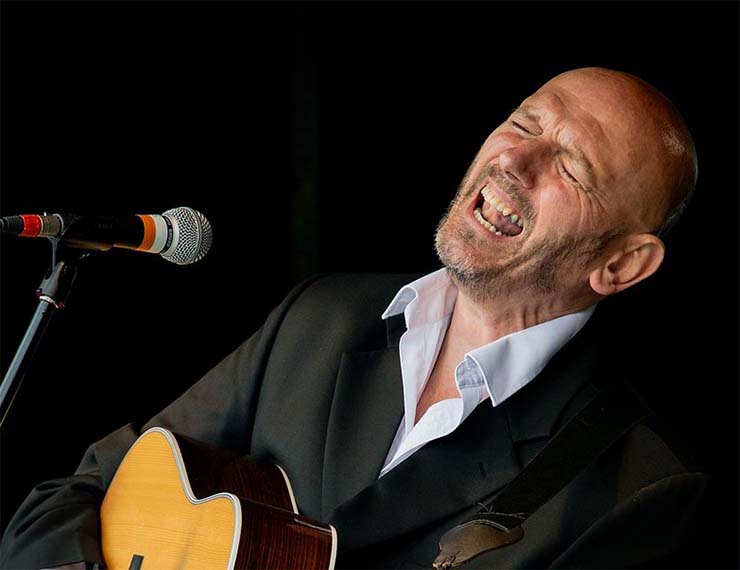 'This is lovely stuff. You can hear all the love that's gone into it'

He has toured the UK, Ireland, Europe, and Scandinavia as a solo artist and more recently as one half of the acclaimed acoustic duo JINSKI. He has made numerous festival appearances and opened shows for David Gray, Richard Thompson, Eddie Reader and The Proclaimers to name just a few. Radio and TV appearances include a performance on BBC 1 The One Show.

This year, 2022 will see Steve playing 'live' around the UK promoting the 'Hope Street' EP and a recent charity single 'Good In The World' the proceeds of which go to supporting Dry Water Arts Dementia Positive programmes in the north east of England.

"This is lovely stuff. You can hear all the love that's gone into it" - Bob Harris BBC Radio 2

"So, some good things come out of lockdown" - Iain Anderson BBC Radio Scotland

"I love the song, love his voice and I 'love' the actual sound - Bob Lawrence Radio Caroline

"Sincerely honest, lacking in pretension or hyperbole...Building The House is one of the most beautiful songs of the year" - David Pratt Folk Radio (FRUK)