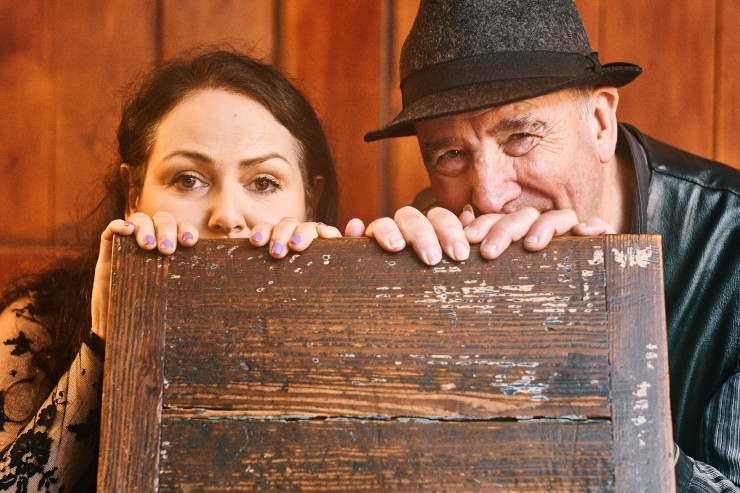 "An absolute must see." Lakefest

Skinner and T'witch have been on the road since 2014; released five albums; and have performed widely around the UK. They recently toured both in Australia and the US.

Drawing on music-hall and vaudeville traditions, Skinner and T'witch's show combines comedy and satire with folk, flamenco and theatre-style songs.

A pair of comic geniuses - they are unique: there is nobody to compare them with. Living Tradition

An absolute must see. Lakefest Official If you get the chance to see them anywhere, please do yourself a favour, grab it with both hands. Leith Folk Club