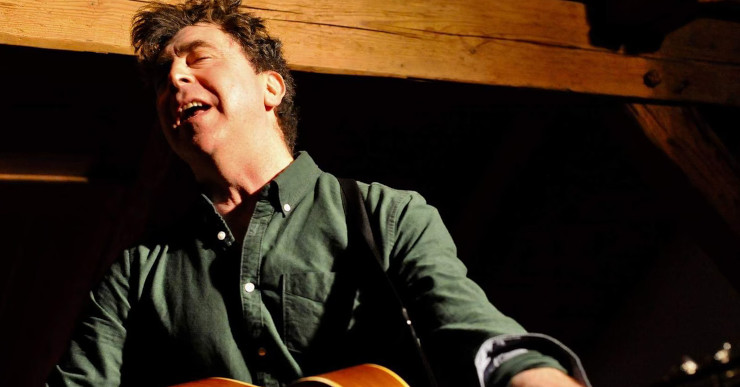 "...not only original, but a revelation"

Pete Morton, began his musical journey after he came across a Buffy St Marie record. It was from that moment on he decided to become a folk singer. Discovering the songs of the early sixties protest movement, it inspired him to write and take his songs into folk clubs and beyond.

For thirty years, Pete has been performing to audiences all over the world. Throughout that time he has been regarded as one the best on the contemporary roots music scene. His latest album 'A Golden Thread' has received rave reviews with eight newly self penned songs, a Pete Seeger classic 'Oh Had I A Golden Thread', and versions of the traditional gems, 'Barbry Allen' and 'The Farmers Boy'.

Often referred to as an old time troubadour he has a compelling stage presence and approachable style that delivers an unruly mix of humanism, politics, love, social commentary and humour all wrapping its way around the folk tradition.

"Pete is everything we want our singer-song-writers to be. Fiercely creative, proudly independent, skilful, talented and terminally unpredictable." Mojo

"...not only original, but a revelation" The Guardian