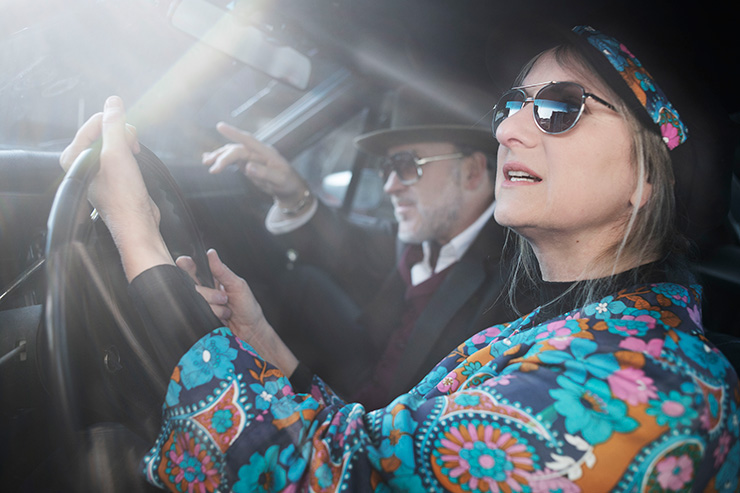 Re-inventing the country duet. "The mingling of these 2 voices is just heavenly"

My Darling Clementine's most recent album, Country Darkness - The songs of Elvis Costello, has been hailed as a classic. The new album sees them collaborating with the piano genius Steve Nieve, Costello's long time right-hand man, as they reinterpret songs from the Costello back catalogue, in particular his more country and country soul flavoured songs.

My Darling Clementine - the sobriquet of spouses Michael Weston King and Lou Dalgleish - began as a homage to classic country duets of the 60's and 70's but has developed into so much more than that.

During the past 9 years they have released 5 albums, played over 900 shows around the world, won numerous awards and have more than earned their own bona fides, with their wry yet heart-on-sleeve song craft spotlighting the vagaries of romance and the human condition, and their match-made-in-heaven harmonies.

For the shows on their 2023 tour, the duo will perform a number of the Costello songs, many favourites from their own extensive back catalogue, as well as showcasing some brand new songs from their forthcoming new album to be released later in the year

"King and Dalgleish have earned their place in the role call of great country duettists."Uncut