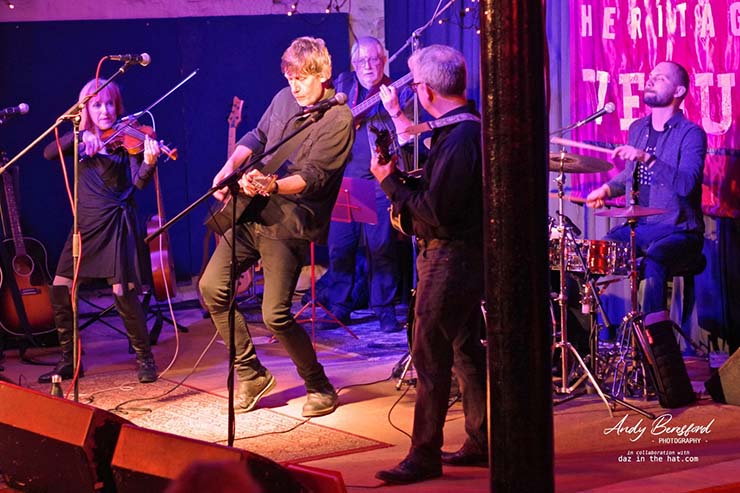 "One of Yorkshire's great live acts"

The fabulous Jon Palmer Acoustic Band return to the mill

The fabulous Jon Palmer Acoustic Band return to the mill on Saturday 15 July 2023. The Jon Palmer Acoustic Band is a high energy 6-piece folk, roots and rock-n-roll combo (based in and around the musically vibrant West Yorkshire market town of Otley) and best described as "a cross between The Pogues and The Oyster Band, with a bit of The Waterboys, The Saw Doctors and the Bruce Springsteen Seeger Sessions Band thrown in".

The band's latest album One Fine Day has received great reviews - "folk-rock at it's finest, with insightful song-writing and top-class musicianship" - and live, the band have been described as "one of Yorkshire's great live acts."

If you have seen the Jon Palmer Acoustic Band at the mill before you will know how good they are. If not, come along on the 15th of July - you will be in for a treat.