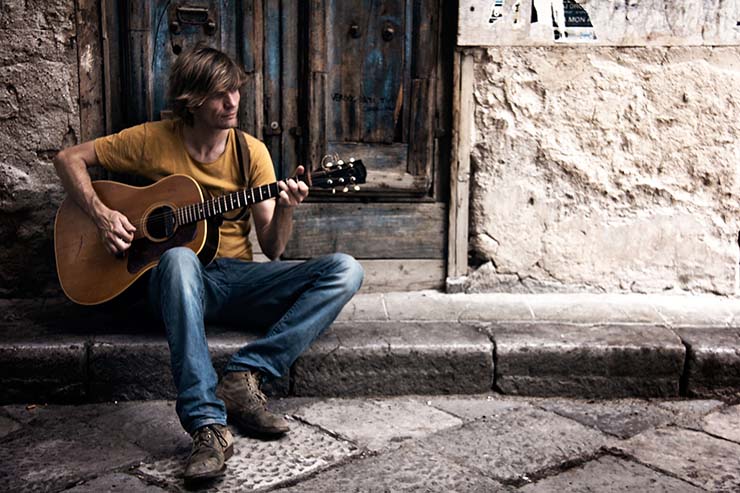 Jason McNiff was born in Bradford, Yorkshire in 1974. We are delighted to welcome him back to The Black Dyke Mills Heritage Venue as part of his latest UK tour for this home town gig.

Jason McNiff is a troubadour who has made seven albums which people call Folk, or Americana, or Alt. Country. There is an Englishness in his guitar playing however, and you might like to think of Bert Jansch or Wizz Jones meeting John Prine and Townes Van Zandt. Time Out once wrote, "McNiff's quiet, intimate, fragile-sounding vocals draw you into his world - an almost timeless place, through which he drifts, a romantic loner, a dreamer, at home with the blues." He is often touted as one of the UK's most overlooked musical treasures, as a songwriter and finger picker. His album, April Cruel (Fledg'ling) was nominated for best album in the Alt.Country category at the Independent Music Awards, while a double CD anthology called Rain Dries Your Eyes was issued in 2017. His latest album Dust of Yesterday came out in 2021 and was album of the week in The Times.