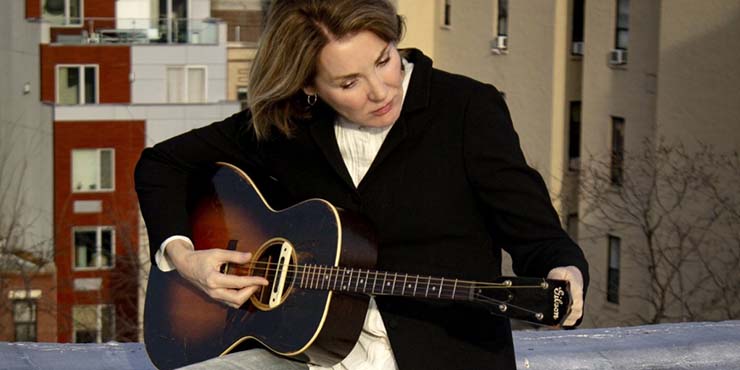 Since her 2006 breakthrough album, My Remembrance of You, Diana Jones has been a major literary voice in contemporary song. She is rooted in the Appalachian traditions of her birth family, and has proven unusually adept at distilling complicated cultural forces down to a particular person in a particular time and place. Henry Russell's Last Words, for example, was based on a 1927 letter written by a dying West Virginia coal miner.

When Jones was reunited with her birth family in her twenties, she spent time with her Tennessee grandfather. I decided to throw out my previous songs, she says, and go to the woods and ask my grandfather and my ancestors for help. That decision yielded such powerful songs as Pretty Girl and Pony, which came from a story told by her grandfather about children removed from their families to go to Indian Schools.

She drew the attention of critics, DJs - the BBC's Bob Harris became a big champion - as well as other musicians. Jones opened for Peggy Seeger at Chicago's Old Time School of Folk Music. Joan Baez recorded Henry Russell's Last Words on Day After Tomorrow, the Grammy-nominated 2008 album produced by Steve Earle. Earle invited her to do several shows with him, and Richard Thompson invited Jones to open his UK/EU tour, which began their friendship.

With subsequent studio albums such as Better Times Will Come (2009), High Atmosphere (2011), Museum of Appalachia Recordings (2013) and Diana Jones Live in Concert (2016), that attention has continued to build.

With her new release, Song To A Refugee, Diana Jones brings her signature brand of storytelling to the worldwide refugee crisis. The UK's Guardian/Observer calls Song To A Refugee "a record for our time." This powerful song cycle reflects renewed empathy for, and common cause with the plight of refugees. "None of us know where our footsteps will fall," Jones suggests.