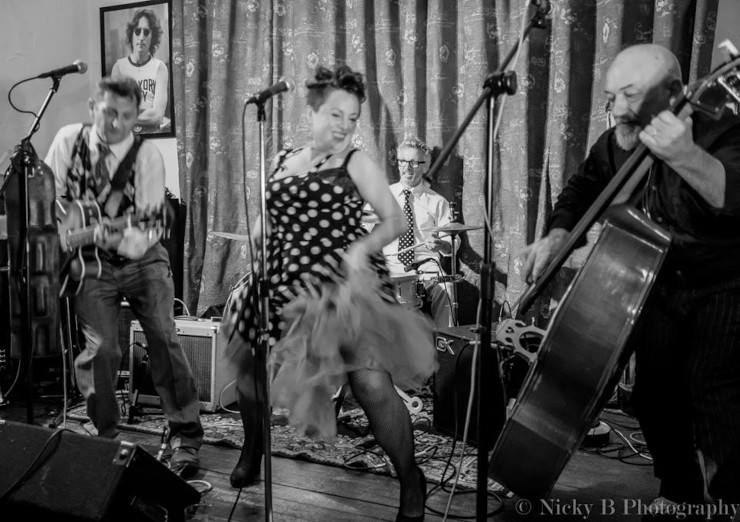 From Western Swing to Rock'n'Roll

West Yorkshire 5 piece, The 309s, have spent the last 12 years rocking and rolling their swing/jive/rockabilly repertoire at events all over the country. Think Hank Williams, Bob Wills and early Johnny Cash joining forces to make a classic 20th century sound that is the roots of rock and roll. Crowds have danced the days and nights away to the 309s' beat at an extraordinary range of festivals and gigs.

There's been one hell of a lot of popular music recorded since gramophones were invented. So many brilliant songs composed, arranged and brilliantly played. So much to choose from... The 309s take their pick of songs mostly from the Southern States of America, between the years 1925 and 1955. This gives us quite a range of music, from Western Swing ("jazz with a cowboy hat") perfected in Texas by Bob Wills, right through to Rock 'n' Roll's early days in Memphis, Tennessee.

Since 2015 they have been adding our own material to our set list. Created to sound like songs from the 40s & 50s, you'd be hard pressed to know which is old and which is new. Whichever it is, you're going to give you a good good time!

"The 309s are first class, hard-working musicians and deserve every encouragement through these hard times...Bookers, venue owners, get on the line to these boys; they're very good." - Maverick Magazine.